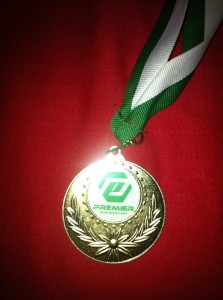 I sincerely cannot believe that I came away with the gold medal having won the finals and beating every other woman who competed. Proud as I am (and I’m really bloody proud!) It did not come without a cost, and I think everyone who saw the competition as a whole would agree that some lessons need to be learned in terms of managing emotions in a fight as well as being mindful of your own strength, skill and your reaction to that of your opponent.

Of the three fights I won, the first was definitely the hardest, and it was all down to nerves and lack of control. The tournament was designed to get us used to sparring, to being hit and to showing skill in the face of attack, as opposed to straight knockouts, so winners were chosen on points by a panel of judges and every single fighter was explicitly told a number of times leading up to the fight and on the day that they would be disqualified for using excessive power. This meant no slugging (which shows no skill at all) or drawing blood. I’ve got to say, and I know there a bunch of other competitors who will agree with me, that this was bloody hard.

The feeling that comes with being punched in the face repeatedly knowing you’ve got to do the best you can to hold it together until the bell goes brings home in such a visceral way the injustice of being assaulted, the knowledge that only you can really protect what you stand for and that you just have to accept that you’re gonna take a few punches on the way to attaining success or you will lose. Simple as that. And this is why the discipline of martial arts is so invaluable in forming a constructive approach to so many of the battles we face in everyday life.

It’s little wonder then that if you become overwhelmed with anger every time someone does something to undermine you, you will lose. If you react with sheer rage, fear or uncontrolled, ill-considered revenge, you will lose. But if you keep calm in the moment and understand that everyone wants to win, you will gain respect for your opponents and you will make it your business to learn what makes them tick and get whatever it is you want and need in the end.

Resilience is what fuels determination, and let me tell you I definitely learned that today. Carrying on when you think you haven’t got another ounce of strength left in you or when you’re sure the fight is lost is the difference between those who fail and those who succeed.

These are hard skills to learn and I’d bet that any one of my instructors would agree that you can’t achieve a black belt and beyond without them. I know I’ve got a long way to go but once again, Premier MMA has taught me an invaluable lesson that has a hell of lot more to it than physical training. Cheers guys, you rock. 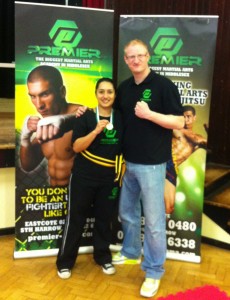