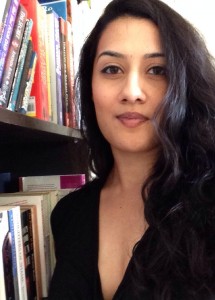 Shaheen Hashmat is a Scottish Pakistani writer and campaigner living in London. She has written widely on her experiences of escaping ‘honour’ abuse and the threat of forced marriage when she was a child, and she also focuses on highlighting the lifelong mental health impact. Her personal blog charts her progress from commenting on general human rights issues, to opening up about her own mental health, and eventually deciding to speak out about her early life experiences.

Having studied English and creative writing at Brunel University, Shaheen graduated with a first in 2008 and is now working on a memoir, The Hope Stone. She has contributed to Telegraph Wonder Women, and has also appeared on Radio 4’s Woman’s Hour, BBC Asian Network, ITV London, Reuters and a number of other media outlets. Shaheen is winner of the Iranian and Kurdish Women’s Rights Organisation (IKWRO) True Honour Award 2016.

If you would like to know more, or if you have been affected by ‘honour’-related issues yourself in some way, you can contact Shaheen by emailing her at shaheen@shaheenhashmat.com, or for further support please see this list of organisations that can help.