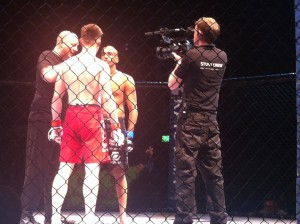 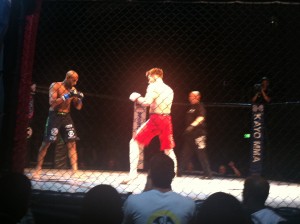 As a lowly white belt with just two wee stripes on it for showing good technique (what a drama queen I was when I got those, I’ll be unbearable when I actually get a belt!), it was excellent for me to see class content in practice. As a student, the most interesting discovery of the evening for me was just how much the philosophy of Premier MMA shone through in Rick’s fighting technique.

Conversely, I could also get a good idea of what the character of other gyms and trainers was like from the way their fighters performed as well. At Premier we’ve been taught to respect the formality and professionalism of the martial arts, and there is a big emphasis on the fact that continuous training, precise technique and smart thinking is what will help you win a fight, not just a facade of bravado and brute strength. I did love the theatrics of intimidation performed by some of the other fighters as they strode into the cage, rousing the crowd into a frenzy and staring down their opponents.  It was a great spectacle to watch. Good theatre, but not always what makes a winner. Rick on the other hand, was all business; he put up a  fight, not a show.

Personally, I decided to start training at Premier MMA after one too many nights of harrassment whilst out trying to have a good time clubbing in central London. I’d had enough of the guys who wouldn’t take no for an answer, who thought it was okay to grind their crotch in my back by way of introduction and who called me a bitch when I put a stop to it. My angry feminist side erupted and I needed an outlet. But what I’ve come away with though is so much more than simple release – I now have a growing sense of self-confidence, a slowly increasing faith that I can keep myself safe and the wonderful experience of training with a bunch of guys who have shown nothing but respect and professionalism. The sense of achievement is awesome too, not that I’ve done a whole lot of it yet, but the determination and commitment is there. 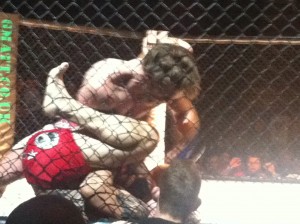 It’s not just me who feels the same sense of confidence and purpose from MMA training. The gym has been set up in a run down area where unemployment is rife, the kids are bored and angry, and problems with drink and drugs can be seen everywhere. The gym has give the local community a sense of cohesion and purpose that has a distinctly transformative quality. The owner of Premier MMA, Master Chris Foran, was awarded a Commendation Award by local authorities for his work with bullied children and their families. A highly decorated and internationally renowned fighter across a range of martial arts, Master Foran runs training programmes for children, teenagers and adults. If you want to get safe, get fit and learn true martial arts, I’d definitely look these guys up. Special thanks to Hayley, Rick and Harry for making it so much fun. 😀 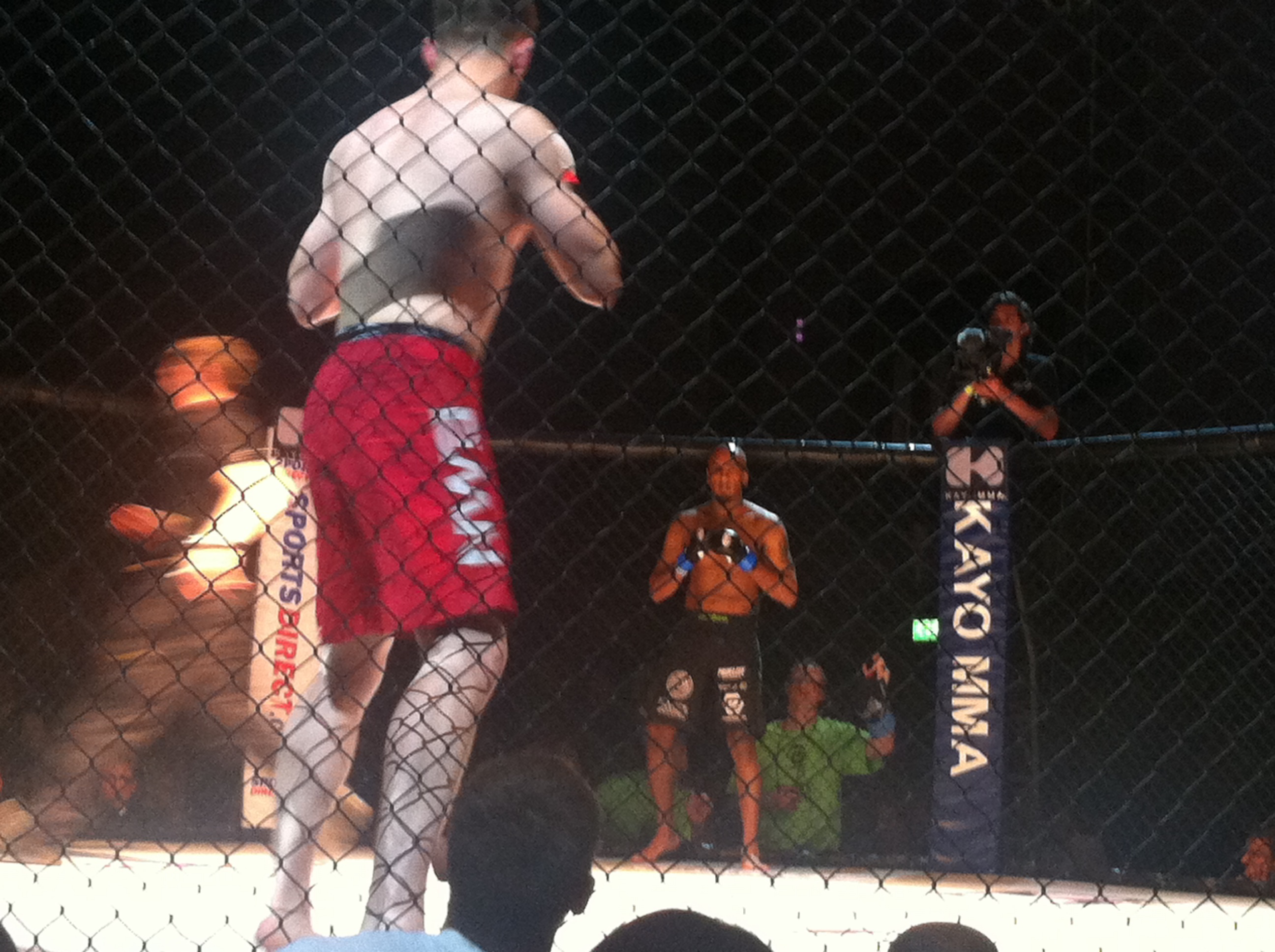 One thought on “Premier MMA – Kicking Ass With Class”