If there’s one thing I’ve learned over the years, it’s that the brain can be an incredibly mutinous organ. Having been in and out of therapy since I was thirteen years old, I am constantly awestruck by the amount of life-changing information my own brain has held back from me; information, in the form of memory, that has quietly dictated my strongest beliefs about life, relationships and the world. 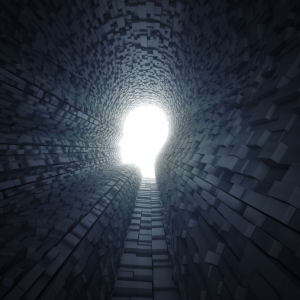 Memories are a record of our lived experience, points of reference to which our minds return time and again in the process of controlling our behaviour. During periods of great stress or trauma, we develop a survival mechanism to help us cope, and painful memories are buried deep in the subconscious that would be too overwhelming to bear otherwise. The damage that is done to our mental and emotional wellbeing during these times most often becomes apparent only when we have pulled through the worst of it.

During an immensely powerful session I had last year with my therapist Julia, I remembered for the first time one experience that had been strangling my ability to form close relationships, leaving me deeply depressed and incredibly lonely. I had sought help this time because I was feeling suicidal, and I’d had to take time off work that I just could not afford. Julia explored what was going on in my life at the time in an effort to understand what might be causing my anguish. 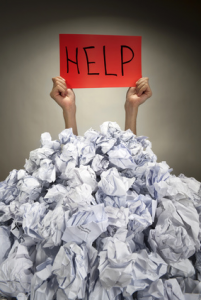 For about two years, I had been under enormous strain at work. In one job there were times when I was working from six in the morning until eleven at night because of a transatlantic merger, while in another I was supporting a tiresome and difficult company director, her manager, the reception area and a number of practitioners in their day to day work, as well as acting as the office IT person, conducting interviews for new staff and assisting in the set-up of a new office area! It felt like I was constantly plugging leaks, stopping the ship from sinking as it were. Despite the fact that I was absolutely drained everyday and in a constant state of stress, I carried on because I loved it when people said, “God Shaheen, I don’t know what we’d do without you – this place would fall apart!” I felt important and needed, but more significantly, happy. I began to understand that demonstrating competence and achieving high levels of productivity was actually how I formed relationships. I didn’t believe that I deserved companionship and love just for being me – I had to earn it.

But there was no way I could keep up the pace, and when I read the book Daughters of Shame by Jasvinder Sanghera, it was the final straw. Its accounts of honour violence, a term I never thought could apply to me, shocked me in their sudden relevance to my own experiences.

No matter how I tried, I just could not perform at the same level at work that everyone was used to from me. Physical exhaustion and the memory of personal trauma had left me unable to function. The praise and appreciation stopped. Without it, I felt like there was nothing to me. And so began a spiral of self-loathing that eventually led me to Julia’s office. She helped me see that throwing myself into productive work and seeking achievement and admiration was how I avoided extreme feelings of poor self-esteem.

When I took measures to curb the pressure at work by asserting my boundaries, I was met with criticism and disapproval. Not only was I not getting the praise that propped up my self-esteem, I was actively being admonished. I felt awful. I felt like I was less than nothing, and that I deserved to be treated with hate. As I explored this feeling with Julia, something very strange happened. I became increasingly upset by the level of hate I was beginning to realise I had for myself and I started to cry. Almost immediately, a massive panic attack sprang up as if out of nowhere. I interrupted Julia as she was talking to let her know what was happening. This in itself was a turning point – if I was with anyone else I would have made any excuse and left the room. I started hyperventilating. Julia reminded me to focus on my breathing, asking if I was ok to go on. I could see that she was very concerned. I breathed my way out of the panic attack, closing my eyes and taking long, long breaths. My chest still spasmed afterwards, but I could breathe again. As I began to feel calmer, we spoke about what had just happened and I remembered something that had happened when I was about six years old.

I had been getting a telling off about something and I was upset. I had started crying and my dad didn’t like it. He slapped me hard on each side of my head continuously- so hard that my head was jerking from side to side. He kept saying, over and over, “Stop crying! Stop crying! Stop crying!” I remember the blows and the feeling of my tears becoming blocked as my upset turned into silent panic and fear.

And so a recurring pattern had been revealed. My core belief was that I was worthless if I wasn’t achieving, succeeding, doing, producing. I would work incredibly hard to gain recognition but, unable to keep up the superhuman pace I would periodically crash, losing all sense of value, and fall into a depression. My discovery of this behavior led back to just one memory. There are many others. It’s little wonder then, that I was diagnosed just over a year ago with a mental health condition.

My parents believed that productivity determined usefulness and therefore worth. Pushing down my emotions and working hard according to this idea did serve me at one time. It prevented me from suffering a greater number of beatings and abuse. But after I had escaped, I no longer needed to earn my sense of self-worth. Seeking to do so and advertising my efforts in a bid to get close to people made me appear insincere, perhaps even arrogant and attention-seeking. I certainly found it difficult to open up honestly to people, and all of this contributed to my feelings of debilitating loneliness and depression.

I’ve shared this story to illustrate the very real impact that past trauma can have in our everyday lives, as well as the ways in which your brain, like a well-meaning friend trying to protect you, may actually be holding you back in the most destructive of ways. I’ve hopefully also begun to show why I will always advocate working with a qualified therapist. Their impact on my life has been astounding and life-changing. 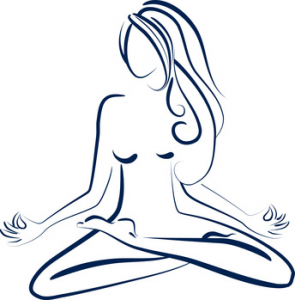 In my next post I’ll be talking about some of the myths surrounding therapy that often stop people from getting the support they need, as well as some of the techniques I’ve learned over the years to help me recover almost completely. If in the meantime you feel you would benefit from seeking help from a therapist but don’t know where to start looking, I would obviously highly recommend Julia Ivanova, the wonderful woman who guided me out of a very dark place and helped me become the happy, confident woman I am now. Her email address is juliaipsychotherapy@gmail.com.

One thought on “Psychotherapy: Winning the Mind Games”