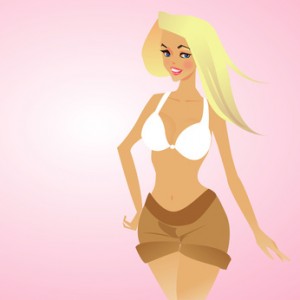 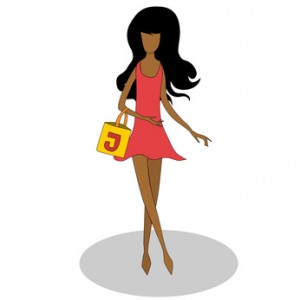 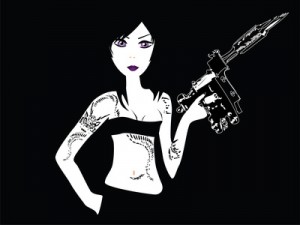 There are some days when I would like nothing more than to hide my face from the world and be free of the incredible pressures most women face in their relationship with their own body. In recent weeks, I’ve felt more weary than usual of being seen simply as a style of woman rather than a person. You ladies know what I mean, right? Are you the fun, leggy blond? Ice cool designer diva? Crazy punk princess? I could, of course, go on. And most of you who dare convey personality traits that don’t adhere to the image portrayed by your clothes, accessories and make-up (unless of course you are of the equally carefully constructed yet apparently au naturel variety) have come across that ignoramous who gasps, “You’re so different to how I expected you to be!” Well, duh, what makes you think you know a person when you’ve shown zero curiosity about my experience of the world?!

Yup, some will probably say I’m exposing my own vanity by assuming that most women try and fit into some sort of ‘type’. And therein lies the issue – like it or not, and intentionally or not, every time she steps out the front door (and even before perhaps), Woman becomes a ‘type’ in the eyes of others. And based on what type she is presumed to be, she will attract the attention of a distinct group of people. For some groups of women, this can have sinister consequences.

A few days ago, a young student was refused a ride on a London bus because she was wearing a niqab (a full head-covering that leaves only the eyes exposed). Tory MP Philip Hollobone has recently been threatened with legal action if he refuses to meet with those women in his constituency who choose to wear a veil, which he has suggested he will indeed do. Belgium and France have banned the niqab and burqa and women in these countries will have to pay a hefty fine for wearing one in a public space. That makes it the most legislated choice of attire next to nudity. 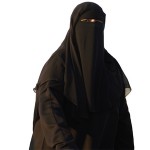 For me personally, any kind of veil is absolutely nothing more or less than a sign saying that the wearer views themselves as female and associates themselves with Islam. It is impossible to deduce anything more concrete than that about why she wears it or how she feels about it. I also feel, because of my own experience and upbringing, a little twinge of sadness in my being when I see a woman wearing one. But that’s my issue, not hers, nor that of anyone else who chooses to wear it.

I was raised in a strict, apparently Muslim household, where even jeans were outlawed because of their association with Western culture. I didn’t have to wear a veil except at important events where there would be a large number of other Muslims which, thankfully for me wasn’t very often because of the sheer distance we would have had to travel to get to any such significant gathering. But I did have to wear shalwar kameezes, big baggy ones up to my neck and down to my ankles. I wasn’t allowed to wear make-up or remove the ‘tache that had appeared on my upper lip either, but I guess that’s another not-funny story for another time. 🙂

Anyway, a familial earthquake occurred when I was twelve that allowed me to explore aspects of myself that previously would have been strictly off-limits. Like a soldier under duress who has gone AWOL, I tentatively and cautiously began to experiment. I still remember how I felt when I first wore a pair of jeans. They were nothing at all special, just as baggy as any of my shalwars, matched with a tartan shirt of equal spaciousness that covered me to mid-thigh. I was incredibly anxious that somehow my parents would see me and that consequences would follow, but at the same time, when I looked in that mirror, I saw something beautiful. At the time, that was not a word I had ever associated with myself. 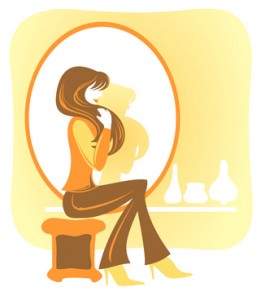 The compliments I started getting from my friends increased as I experimented more. Boys started showing an interest in me where before I was a non-entity at best, and the subject of racist ridicule at worst. It became addictive, and I discovered that the amount of attention I got was closely related to the length of my skirts or the amount of flesh I exposed.

Since then, I have come to terms completely with the fact that it is my right and my choice to wear whatever I want (within the bounds of the law of course, but then a few drunken nights at college tested even those boundaries ;-D) I take great pleasure in my freedom to wear short skirts and low-cut tops if I choose. There was a phase of my life when I wore the most daring types of clothing only because I could.

But with that freedom comes a completely new set of consequences and punishments enforced by the wider community. I began to notice the words that other people associated with my new image: slut, slag, whore… But I still didn’t care – when I wore clothes that hinted at any kind of sexuality, I had power. The racists, no matter how much they hated themselves for it and no matter how much they were loathe to admit it, still desired me. This entire experience is quite neatly encapsulated in the worst (non-violent) racist insult I’ve ever had in my life. I was about fourteen and was dressed up like Spice Girl Melanie B for Children in Need day at school. As I walked there, two boys from one of my classes followed me with the usual ignorant slurs – jungle bunny, Pa*i, ni**er, etc. Then one of them sang out, “I wanna stick it in ya, even though yer a fuc*ing ni**a”.

In hindsight, I wonder at which point exactly I became slave to Western misogynistic values as opposed to those of my childhood. Because of course, teenage girls here are taught that they are more desirable and that they will get more attention from the opposite sex if they wear more revealing clothes, if they have the ‘right’ figure to ‘pull them off’, if they generally conform to the ridiculous caricatures of women they see around them everyday in the media. Caricatures that more often than not display little more than the handiwork of a digital airbrush artist, cosmetic surgeon or handy little eating disorder.

I stopped feeling beautiful. Although I had the power to elicit a sexual response from men, I was nothing in comparison to their romantic ideal, the woman they could take home to mama – tall, white, (usually) blond and skinny. Over the next few years, I felt like all I could hope to be was a short-term, exotic liaison, because all that troublesome cultural stuff was just too much baggage to think of seriously associating with love.

This early realisation was, however, a great blessing in disguise. Because I was so far from the mainstream ideal of feminine beauty and was totally unable to identify with women of my own race simply because there weren’t any around, I had to embark on a journey to find my own beauty and self-confidence. This didn’t change when I moved to London, where there is a much larger British Asian community, but I’ll go into that at a later date. It took me many years and some harsh lessons from a dear friend to realise that being too short, dark and curvy to ever hallucinate my own desirability beyond sexual liaison was no excuse for playing the sexual huntress card for kicks or an ego boost. But regardless of race, creed or culture, I think this is a problem so many women face. It’s just that some of them have chosen to opt out of the game.

Many Muslim women wear the burqa, niqab, hijab etc. for many different reasons. I don’t think I will ever don the veil because it means too much to me and I’ve been through too much to gain the freedom to express my sexuality through the image I choose to project to the world. But there is one thing I very much admire in the simple piece of cloth: it would allow me to be whoever I wanted to be under it without fear of judgement – terrorist and oppressed woman assumptions aside of course. I could adopt any style I wanted or simply not care at all. Perhaps, instead of focusing on what to wear in the morning or how to make the best of a bad hair day, I could think instead about what I wanted to achieve and how best to go about it.

At the end of the day, veil or no veil – true beauty can only be found through awareness and expression of the self. Any woman who knows who she is, who not only accepts but celebrates that person, cannot help but exude beauty. Trust in life and faith in herself relaxes the shoulders. Pride in her natural sexuality raises the diaphragm and loosens the hips. And the knowledge that she is a gift primarily to herself before any other is evident in every observable part of her being no matter her weight, height, skin/hair colour, age or physical ability.