Today is an important day. How we feel about this day as individuals and as a global community will dictate our tomorrows. There has never been a more urgent need to reflect upon, challenge and discuss the way we deal with human suffering. It is no longer enough to simply debate about its cause and consequence, or to react immediately with strategy or defiance. All too often we push down and block out the feelings that rise when we see another human being in pain, sometimes for fear that the emotions will overwhelm us, and sometimes because our feelings of powerlessness render us numb. Perhaps our own lives are too challenging to bear the acute suffering of another. But there are times, like September 11th, when it can’t be escaped. The following documentary revolves around one photograph that was taken on that day in 2001. It was of a man, representative of many, who was faced with immediate and certain death and the only choice he had left to make was whether he was going to burn alive or jump out of a window to die instantly on impact with the ground.

When I watch some of the scenes in this video, I of course feel the desperation, the horror, the trauma and the disbelief. Perhaps greater than any of these feelings however, is anger. It’s anger at myself at first, because the first thing I want to do is to take the images and the sounds immediately out of my awareness. I want to turn it off and forget about it. This is what many people do indeed do. But after nine years, nine anniversaries of this… event, it is clearer than ever that the horror of 9/11 only grows greater as more time passes. And we must keep these images in our present, in our minds, to guard against any possibility of them becoming another reality in our future.

The men who carried out these attacks claim to have acted in the name of Islam. I am not Muslim, but I know enough about Islam to know they told the greatest lie ever uttered. They were responsible not only for the deaths of almost three thousand people, but for sentencing the entire Muslim world to an infinite trial that now defines its followers. A trial where every suspect is guilty until proven innocent.

September 11th is also the date of the death of a man very important to my father, and to many like him. His name is Muhammad Ali Jinnah. Why must I talk about the founder of Pakistan on today of all days? For the same reason there has been widespread protest at plans to build an Islamic place of worship near Ground Zero. For the same reason that a church in Florida has gained international fame simply because it openly expresses how many people really feel about who and what they feel is to blame for what happened that day. Because justly or not, Islam is the beast that has been charged with the 9/11 atrocities, and Pakistan is one of its faces.

Last month, as I watched the horrific scenes of devastation wrought by flooding in Pakistan (I would recommend watching without sound), I became shocked. Not at the loss of life, or the greater grief of those left behind, or the spread of disease or the renewed threat of Taliban insurgency; no – I was shocked most at my own initial reaction to the news. It was one of apathy and dull resentment. I felt ashamed – these were innocent victims of natural disaster – why on earth would I feel that way, when in the wake of the earthquake in Haiti and the devastation of Katrina I felt nothing but empathy and sadness? Although it didn’t take me long to snap out of that initial reaction, I noticed that I had to reason with myself to do so. As I followed the news, and it became clear that Pakistan wasn’t getting anywhere close to the amount of aid it needed (and still needs) to pull through the crisis. I dug deeper to find out why. There were all sort of explanations given. Donor fatigue, low death toll, lack of trust in an incompetent and corrupt government, lack of awareness of the seriousness of the situation… there were many reasons, many of which held some validity. But one that struck me deeply was Pakistan fatigue. I have grown so weary of seeing Pakistan in the news, reported for its honour killings, jihad training camps, forced marriages, corruption and terrorism. Even in sport, the one arena from which national politics is cheerfully set aside for the sake of the game, the country tarnishes itself with criminal investigations into cheating. And if I feel this, with my Pakistani background and upbringing, how can it not be possible – no, probable even – for other people who have no connection whatsoever to Pakistan to share the same feelings but with greater intensity? 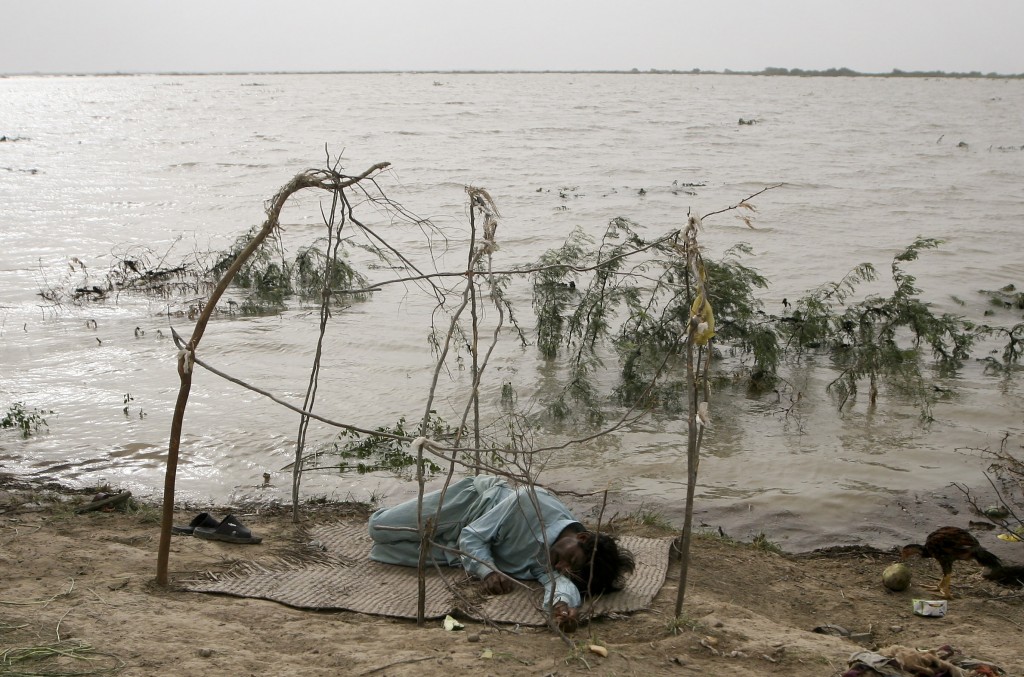 And this is why it is so important to gauge and analyse honestly our emotional reactions to images of human suffering. They reveal so much about how we really feel about an idea or event or situation. Only then can we know what we’re really dealing with.

In my own case, I became driven to delve deeper into Pakistan’s past to figure out why the country was and is so close to becoming a failed state. I learned the circumstances surrounding the Partition of India, an event which took place after over a hundred years of British rule. An event which displaced 15 million people and slaughtered anywhere between 1.5 and 3 million people. Muslims, Sikhs and Hindus alike were raped, tortured, sliced and burned. And all because a man from Windsor drew a line on a map in haste so that the British could withdraw without being responsible for the imminent mass migration and civil war. 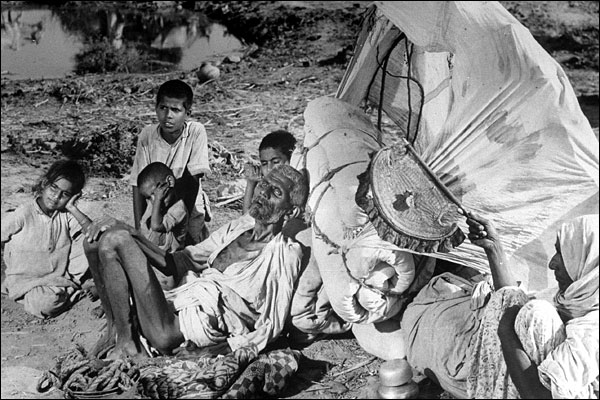 An aged and abandoned Muslim couple and their grand children sitting by the the roadside on this arduous journey. “The old man is dying of exhaustion. The caravan has gone on,” wrote Bourke-White. – Image courtesy of BBC

The people of South Asia have been through a lot and Pakistan paid dearly for its own existence. Ever since its birth in 1947, it has struggled for democracy, fought against corruption and continually strives to match its ideals with reality. I think there are many Muslims in Pakistan who do feel angry at the West for abandoning them in their hour of greatest need. And they do feel angry that when they made the long journey to Britain in hope that the Motherland might offer them a better life (especially after having had their own lands plundered by the British for so long,) they were met with the sentiments of Enoch Powell’s ‘Rivers of Blood’ speech. The same speech that the BNP today revere as true and brave. So although I may have felt apathy and resentment at first sight of the news of flooding, a reminder to myself of all that the country has been through made that feeling dissipate.   Pakistan is the way it is because it Pakistan, not because it is Muslim, and its weaknesses are not necessarily the  weaknesses of Islam. But let me be crystal clear – no Pakistani Muslim, no matter how bitter they might feel about their past, can call themselves a Muslim if they seek vengeance through violence and terror.

And here is the problem faced by the global Muslim community. Although they of course know that terror attacks on the West have nothing to do with Islam, they must accept that the men who carry out acts of terror look like the followers of Islam, and they use the words of its teachings with great passion to justify their actions. As a consequence, some people who have had no interaction with the Islamic community may make assumptions which provide an outlet for their own pain. But Muslims are innocent, and they should not be obliged to justify the practice of their religion.

I believe there is still much grieving to do, but we cannot even begin the process when the knife is still stuck in the wound. It’s time for both the Muslim world and the West to confront the true horror of their past sufferings, to own their fears and to stop recreating what is past in our present.  There is no right or wrong emotion – our anger and fear is justified and true – but we must re-evaluate the way we express it. Otherwise, the current climate of intolerance and blame will overwhelm us. And there is every chance that we will face a war not only in Afghanistan and the surrounding region, but throughout the world. Motivational speaker Anthony Robbins knows exactly what kind of work we all need to do  individually in order to move forward. I would urge you to to explore in detail the ideas contained here; watch the videos, notice your feelings  and reactions to what is being said and above all, try not to switch off from the process. But forgive yourself if you do.